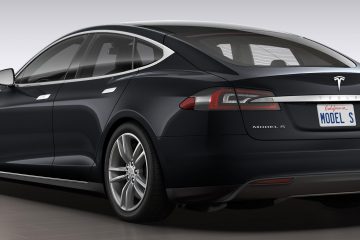 END_OF_DOCUMENT_TOKEN_TO_BE_REPLACED

For a while now, our forward facing camera had uploading a new image every X seconds, and the Our View page would auto load a new image every 60 seconds. While this was better than nothing.. it wasn’t quite… live. We just upgraded our camera yesterday and we now have Read more… 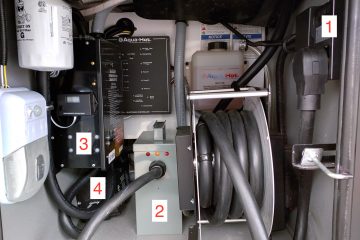 The provided power protection in the Tiffin Allegro Bus line certainly beats nothing (Surge Guard – Auto Transfer Switch – protects against open neutral, reverse polarity and surge)  However, if you want the best possible protection for all your sensitive gear, there are some additional things to add to the coach. 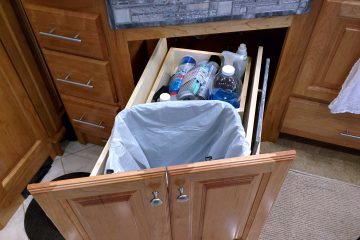 Tiffin, like other manufacturers, provides a nifty slide out mechanism to house the Trash bin, solid surface sink covers and various kitchen and/or cleaning supplied under the sink.  However, the way this is configured, it requires a minimum of 5 steps to throw anything in the garbage! Open left door Read more… 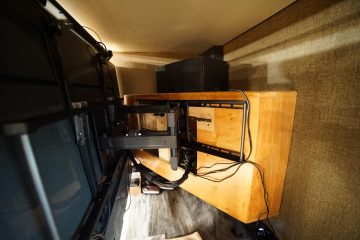 The main Living Room TV came mounted on a fixed mount at an angle to practically every seating area. This meant that while you could technically see this TV from almost everywhere (aside from the front captains chairs), none of the seats had a particularly good view. So, I went Read more…