We spent 2 weeks in Oklahoma City. It is a nice stopping point and we have a lovely friend (Hi Brittany!!) there. The weather was fine – random thunderstorms but otherwise good.

We had some delicious meals. Got some shopping done at the Outlets … Le Creuset!! Cinder made a trip to the ER – scary stuff but she appears to be on the mend.  We have a follow-up appointment with our regular vet in Las Vegas. The other good thing was that we managed to get a lot of stuff put away and organized. We plan on doing a video soon of the “lived in” version of our coach.

There are some things that I wish were different but they are all minor and fixable. It is just a bit annoying that you spend so much money on something like this and the engineers and designers don’t think of it. I don’t think people who make motorhomes have ever FULL TIMED in one. Ah the price we pay for being Outliers and Fringe Folk. =)

I did make it to the National Cowboy & Western Heritage Museum while Michael had to work – not really his thing anyhow. =) It was very nice inside and seeing “End of the Trail” stand 7.5 meter from base to top was very impressive. There also was a lot of artwork and a large walk through look at the life of cowboys. Well worth the price of admission. The gift shop was stunning. A lot of hand made crafts – I wanted to buy one of everything but living on the road, I settled for a smashed penny as my take away treat.

Best dessert in OKC was at Whiskey Cake Kitchen, best meal was at Republic Gastropub.

We stayed at Twin Fountains RV Park.  Since we initially wanted to stay for a month – they crammed us back in a corner on the perimeter of the park (our awning was a mere 4″ from the neighbor’s RV). The site was nestled into the exit off the interstate with little in the way of sound barrier.  You could literally walk 50 ft and be at the highway. There was a sad “dog park” that was filled with red ant mounds and a sink hole. It was fenced but it was closer to the interstate than our rig.  The rest of the park looked much nicer, but is reserved for daily/weekly rate travelers. The other thing that may be a deal breaker for some is that while the base pad for the sites were somewhat level — the entry/exit on many of them are quite sloped. We didn’t partake in any of the on site amenities and as always YMMV; this was just our experience.  Due to unforeseen external forces, we only ended up staying for 2 weeks instead of the full month.

Lastly and most importantly — so many thanks to Blue Pearl Emergency Veterinary Hospital and Dr. Whitesell for taking great care of Cinder and helping us get her back on her albeit wobbling feet.

Our 45op is being built now. Please tell me about the changes you would have made to the coach to make it better for full-time living. Thanks!!!

Hi Linda,
Some of the things I would have changed on site are not deal breakers. The drawer pulls and door knobs are quite large and have “sharp” edges. Not enough to cut you but we quickly realized they needed to be replace to something more comfortable. The same with the towel rods and toilet paper holders – the style isn’t what we’d choose and the placement makes it impossible to reach a towel from the shower. We just put suction cup hooks on the shower door for now.

Even with all the inspections, there were 2 or 3 areas where the grout didn’t get applied completely. There is always going to be something that gets overlooked until you’re living in it.

I admit that I am a minimalist and we want our coach to be road ready all of the time. Having to find a place to stow the back cushion for the L and the ottoman when you full-time doesn’t sound like a big deal but it is really annoying.

The co-pilot seat isn’t as comfortable as the drivers seat. My rear goes numb after sitting on it for a short while.

It is all really just personal comfort / preference issues. The other thing that we realize is that ANY coach – new or used will have bugs that you have to shake out and what one person thinks is gorgeous or comfortable another may not.

Michael may have more to add on the tech side so look for his comment.

With all this being said, we still love the coach. I hope you get to be on site for the build — it was an amazing adventure to see it go from chassis to home. =)

Hi Linda,
Hope your build is going well! From a functional and/or tech perspective, there are a few things I would have done differently.

Congrats on the 45OP! We do love ours and find it infinitely more enjoyable than our previous motorhome.

I hope the disintegrating shower grout doesn’t mean you’re getting water damage to the wall. I once had water leaking through the grout (an unfortunately ignorant grout man, not to mention his customer) and we found out about it when it leaked out the light fixture onto the bed in the downstairs bedroom. Much damage to fix.
So sorry about Cinders! Give her a kiss from me and Charlie Brown.

I don’t think so because the whole shower is made of Corian — but we are getting it taken care off before it gets too bad. Hope you are doing well. Give Charlie Brown snuggles for me. xoxo 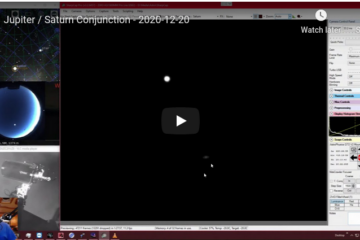 On Location RV There Yet? Tourist Travel

When we left Las Vegas to come to Rusty’s RV Ranch, we live-streamed the trip. It was more fun than we thought it would be. There was a chat going and lots of questions that Read more… 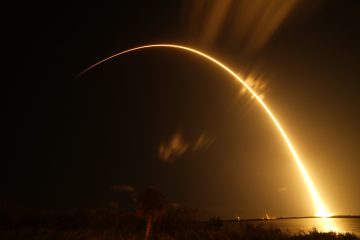 In 2019, we spent the months of May and June in hot & humid Florida.  More precisely, the Titusville area, commonly called the Space Coast!  Why, you may ask.. would we be in Florida during Read more…