In 2019, we spent the months of May and June in hot & humid Florida.  More precisely, the Titusville area, commonly called the Space Coast!  Why, you may ask.. would we be in Florida during LoveBug mating season?  To experience our first, and second ever.. rocket launches!

Our first ever launch, was to be the Falcon 9 sending 60 Starlink Satellites into space!

We geared up with cameras, tripods and camcorder and headed out to Kennedy Space Center on May 15th, 2019.  Unfortunately, with about 20 minutes till lift-off, the launch was scrubbed due to high altitude winds and re-scheduled for May 16th at the same time ( 22:45 EDT ).  So, we loaded up again, and headed to KSC for the second launch attempt.  Alas, it was scrubbed again, this time to do additional software checks on the ground.  We were worried that KSC would opt to not provide viewing services for the 3rd launch attempt as there’s quite a bit that goes into such an event.  Lucky for us, they decided to give it one more go!

Thankfully, on May 23rd, 2019 at 22:45 EDT, a SpaceX Falcon 9 rocket lifted off from Launchpad 40 at Cape Canaveral Florida, carrying 60 Starlink satellites!  I hope you’re sitting down when you see this photo! 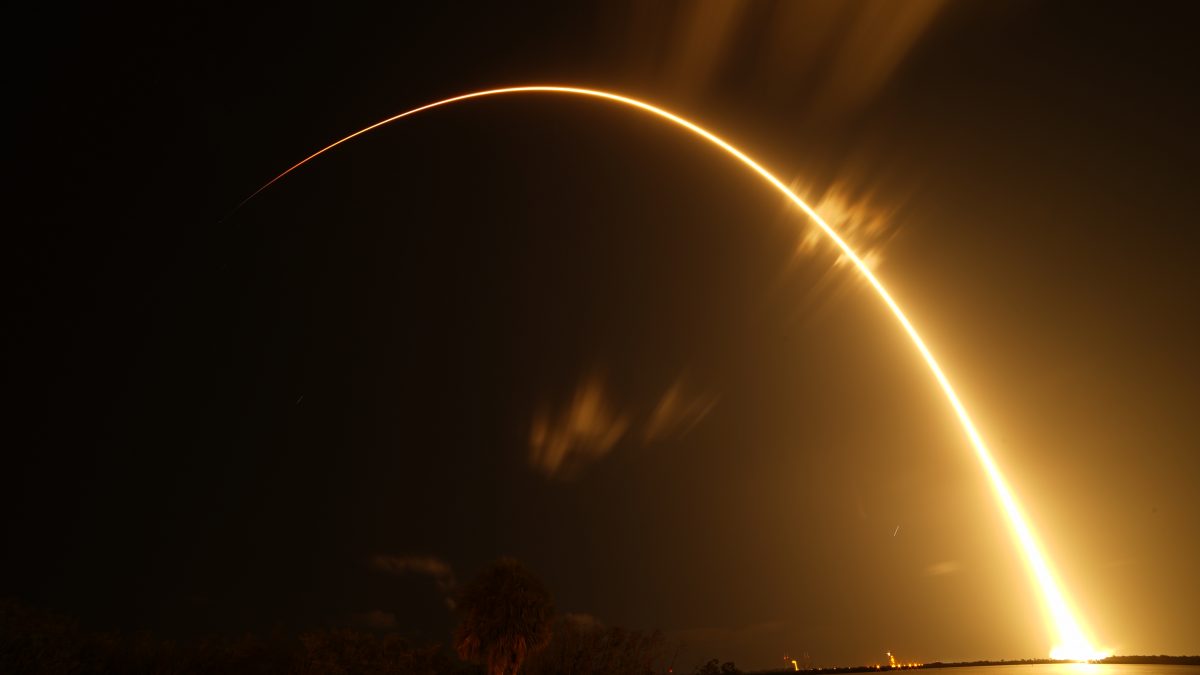 There’s really no words that can fully encompass the thrill of a rocket launch!  And then, to capture such an amazing photo of it, well… let’s just say we were lucky!  We were only about 3.4 miles away from the launch pad at KSC’s “LC-39 observation gantry” thanks to the “Feel the Heat'” viewing tickets.  At $50 per person, they were a steal for the experience we got!  This photo is a single, almost 5 minute exposure!

Now, bitten by the launch bug, we were waiting and watching for tickets for the upcoming Falcon Heavy launch. For this event, we invited family friends Tommy and Nancy to come down to experience the thrill of the 3 rocket combo, the Falcon Heavy.

This launch, scheduled for 23:30 EDT on May 24th, got delayed as well.  Luckily, only by a few hours, to 02:40 EDT on the 25th.  We got to watch this launch from the Banana Creek Launch Viewing Area at the Apollo/Saturn V Center on the Kennedy Space Center campus.  In all, there were about 5000 people at the center to see the launch.  Thankfully, the Apollo/Saturn V Center had lots of room and food to keep everyone occupied while we waited. 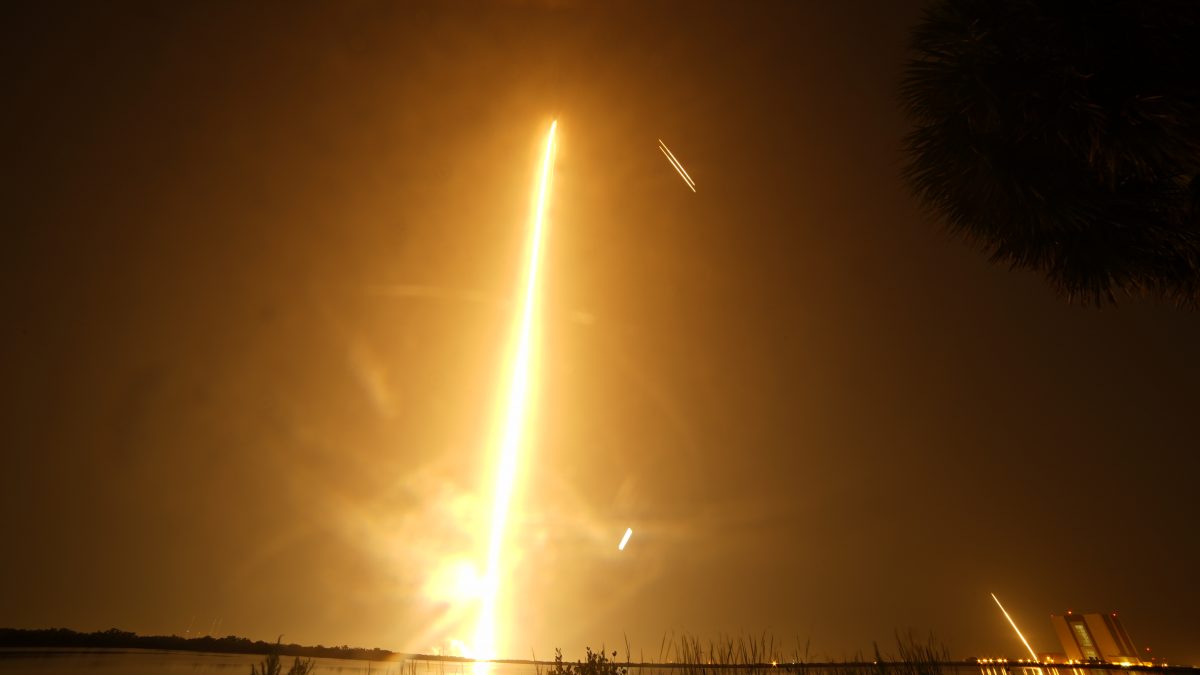 While this was a much bigger rocket, the photo wasn’t quite up to the same level as the Falcon 9 shot above.  A few things contributed to this.  One, the rocket trajectory was away from us, not to the left. Two, because things were delayed several hours into the early AM, dew had formed on my camera lens!  Thus, the ghostly glows just above the launch area.

Oh, what are those two extra lines at the top, right of center?  Those are the two side boosters performing their re-entry burn so they can land back at Cape Canaveral, just 12 miles away from us!

And those lines down next to the Vehicle Assembly building?  That’s the landing burn of the two side booster!  All in, this photo took almost 9 minutes to capture — Yes, you read that right.  The camera shutter was open for 9 minutes.

We departed the area shortly after this launch, but we had a load of fun visiting the Space Coast in our 2 months there.  Her are some other random photos of the visit.

Michael and the Shuttle SRB

Falcon 9 on the pad

Falcon Heavy on the pad

A few cameras for Falcon Heavy

Our RV Site in Florida