Here we are… again.. with no engine cooling… Stuck in Gary Indiana.

I (Michael) am not a mechanic by trade. I’m very capable at doing about anything I set my mind to, but there’s certain trade knowledge I just don’t have. This time, that really bit us.

It seems, new gear boxes don’t ship with lubricant. This seems obvious in retrospect due to the weight savings for shipping, but with no warning labels or stickers indicating such, it didn’t occur to me that this shiny new gear box would be anything other than 100% ready for use.

Alas, the new, dry gear box got us a mere hour or so down the road before it obliterated its internals.

The engine overheated again, and this time, we got stuck on the side of I-94/I-80 in Gary Indiana during rush hour traffic. When I got to the engine compartment, the fan clutch was smoking.. its output shaft was stopped, not free spinning like the prior failure. And, with the engine being hot, it had engaged the clutch to the ‘locked’ state. I radioed to Lehnanne and she shutdown the engine immediately.

In order to move off the interstate and to safety, we had two options:

Being able to move, slowly… but ready to jump out into rush hour traffic of a combined interstate … not one in the same. This would be a dangerous maneuver on our own. So, we called emergency services and explained our situation. They sent two state police to escort us!

After traveling about 5 miles, at 20 to 30mph, we arrived at a Petro truck stop. The master mechanic on their service side was elbows deep in an air compressor replacement on a Class 8 truck, but said he’d be happy to take a look once he had it back together.

In the interim, I dropped the shield pan from under the radiator / fan assembly ( as I’d just done the day before ) to evaluate the situation. It was clear after a bit of examination — the gear box was toast. I could force it to move, but only slightly.

And, that’s where we are right now… Stuck, in Gary Indiana, at a Petro truck stop with limited ability to move the coach any distance and only 30% fresh water (but no fill ability near by). We’re parked as out of the way as possible and safe. We’ll update the blog when we have more to share.

So very glad that you are safe. After seeing no movement for what seemed hours on the side of highway I feared further issues. Hope to see you back up and running soon. Funnily, back in Scotland I was watching a documentary series about the Royal Navy submarines. I seem to recall on a liver journey some time ago you saying you may have been stationed there. And now you’re one Navy suit down! Stay safe both. Gx

Hi Graham, I was indeed on a US Navy fast-attack submarine. 🙂 And, we did stop in Portsmouth, England while I was on board. Great memory!

I am so very sorry for the situation, I wish we were closer to you to give you aid. Mary just asked me on our drive back from GA. had I heard anything. I told her you guys where OK from the last upload. The good news is, Your safe. I like to give a shout out to my brothers or sisters who came out and gave you an escort. Hopeful the new parts will arrive from Tiffin soon without any issues. Please keep us updated…

Hi Herbie, yes, we were exceptionally grateful for the support we’ve received on this trip. Sending two escorts was great! We had zero issue getting through traffic. ( Of course, we wonder what people thought about a big BUS with two police escort..lol ) 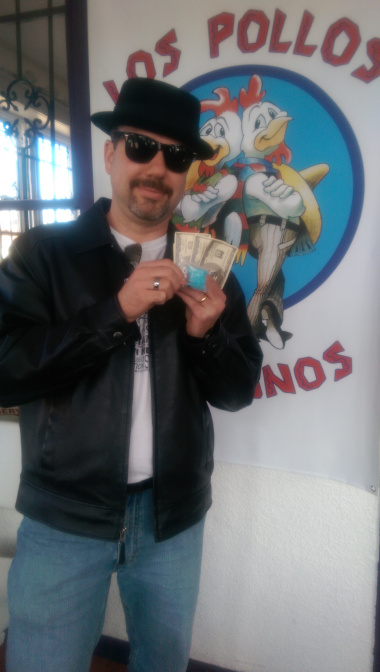 Glad ya’ll are ok and getting it fixed!

Thanks Becky! With a bit of luck, we will still make it back to Vegas without needing to extend my time-off from the day job. 🙂

Ouch.. Life on the road can bite you in the ass eh? Best of luck with your repairs.

Thanks Chris.. there’s finally a glimmer of light. The final entry on this story is another doozie though… I think we’ll be back on the road tomorrow, and assuming that does occur, I’ll try to post the conclusion tomorrow night. 😉

Not Louisiana, Paris, France, New York, or Rome
But Gary, Indiana…..so,so sorry to hear your bad news! Not the place to break down! Did I80 once thru there and won’t do it again. Hoping for the best for you two!

[…] Technically, we were on the road again yesterday.. but that’s getting ahead of where we left you with our last post. […]

[…] being stuck in Gary Indiana for 4 days, and getting the rebuilt fan drive gear box installed, we were understandably eager to […]