As a tech nut, operator of a few forums, and moderator of a few others, I’m no stranger to the potential headaches of managing a forum and keeping things civil and helpful. I also recognize and commiserate on the desire to protect members from spammers and scammers or those just there for commercial profit. There is, however, a bit of logic that should be kept in mind when maintaining these communities. iRV2 appears to not subscribe to this logic.

Today, friend, fellow RVer, and geek David Bott was banned from iRV2 until January because someone asked him for where to find a video he’d created on the topic of better RV Wi-Fi, and he posted a direct link to it on his blog. Like most bloggers, David does have a small Amazon search on his site and uses affiliate links when he’s talking about a specific product. In the eyes of iRV2, this made his site ‘commercial’ and they banned him for the link.

David reached out to me and asked if I could post an answer to the question and let the thread participants know he would not be able to respond. I was happy to do so and made my first post on iRV2 since becoming a member in early 2016. I answered the questions and at the end stated that David would not be able to reply because he had been banned until January for posting a direct link to his site.

Within minutes, my post was moderated to remove the details about David and I received a PM advising me that it violated the rules on discussing moderator actions (full PM toward the bottom of this post). I had known of this rule, but didn’t think a statement of fact was ‘discussing’. Further, I inquired why he was banned for linking to his blog since his site is not commercial in nature. The reply was that they do not discuss moderator actions in public or private and that they removed the link to this very blog from my signature since TurtleHerding.com uses affiliate links.

This it seems, was all it took to be permanently banned from iRV2. There also appears to be no means of rebuttal on this ban. The site rules state I should contact an admin if I disagree with a moderators actions, but now that I’m banned, I have no access to the site’s private message system.

Again, I do understand the desire to keep a community free of solicitation and harassment, but this seems a bit too far in my opinion. I started thinking on why they would have implemented such a policy. There is a tremendous amount of great content on the forum. It’s a ‘go-to’ place for help and knowledge on RV’ing. It was then I thought to disable my ad-blocker ( uBlock Origin for those wondering ). Ah Ha! It was now obvious to me why they have such a policy.

iRV2 is about creating a repository of information, but only direct information on their site. Why? Because it generates THEM income from their ads and affiliate links. My suspicion is that when it was created, the motive of the site owner was pure in nature and there was a legitimate desire to help the community. However, that appears to have changed. iRV2 forum remains a great resource, but don’t be fooled into thinking that’s their primary motive. The current site owners seem to only care that they have a platform to generate income, and refuse to allow links externally that have any means of generating even the slightest bit of revenue for another site owner.

To be clear, TurtleHerding.com does not generate enough revenue from the Amazon links to cover the site hosting costs in most months. Hardly a commercial enterprise.

Hi,
Just wanted to let you know that I deleted the following from your post:
—Quote—
Unfortunately, David has been banned until January for posting a direct link to his blog so he will be unable to reply further on this thread until then.
—End Quote—
The Community Rules of iRV2 specifically prohibit public discussion of Moderator Actions:
—Quote—
Public discussion about moderation or moderator decisions is not allowed. If a moderator deletes or edits one of your posts and you disagree with the action, contact a forum administrator.
—End Quote—
Please familiarize yourself with the rules of iRV2 and observe them when posting.

Hello Bruce,
I am aware of that rule, but didn’t think stating the fact of his being unable to reply was in violation. How are the people who have been expecting him to reply to know he’s not just ignoring them? There should be (imo) at least a means of letting them know he’s not being rude.

Further, if you don’t mind indulging me a bit, why was he banned? His site is non-commercial and is simply there to be informative and helpful (stated objectives of this very forum). He does, of course, have affiliate links for Amazon, but so do 99% of bloggers around the internet. If you’re unable or unwilling to comment on this topic, I understand.

Any insights are greatly appreciated.
LK

We do not comment publicly or privately about Moderator actions.

Regarding affiliate links, the link to your website Turtleherding.com has been deleted from your signature line since it does contain affiliate/affinity links. The is covered in the rules here:
—Quote—
Participants may not post affiliate links or direct others to any pages at their own commercial website or website in which they have an owner/operator interest unless a commercial account has been established. Exception to this may be found in Signature standards (see below).
—End Quote—

—Quote—
Signatures must be kept to a maximum of three lines (including blank lines) and contain no more than one link. (*non-commercial*).
—End Quote—
We appreciate that you have expertise to share with our members but we need you to post within the rules.

Full text of the final post which resulted in the permanent ban:

Originally Posted by RVcook:
The system you are talking about is basically a repeater. I’ve always heard junky signal into the repeater, amplified junky signal out. What is the benefit then of this system? I’m interested because it is “free” for the cost of a camp site.
—–
The configuration David is proposing consists of a very strong client that not only can broadcast the signal stronger, but also has more sensitive antennas to receive weaker signals and is designed for enterprise Wi-Fi links. This client provides a network link to the internal Wi-Fi access point. Thus, it’s not a repeater in the conventional sense but is actually itself a wireless client bridge to your internal network.

Originally Posted by RVcook:
My hubby wants to invest in a cellular booster instead because that is more reliable.
—–
I have a Wilson (now weBoost) signal booster as well for our LTE links. The two solutions serve different purposes and can come in handy when one link or the other is poor.

Originally Posted by RVcook:
Also, where can I see the video? im hoping it will answer the newbie questions I have like: what are the components and their purpose.
—–
David’s website has the video embedded in that specific post (look under the ‘Top read posts’ section). You can most easily find it by searching ‘outside our bubble’ on google. [Moderator Edit]

David is not intentionally ignoring anyone here, but I can’t say more than that.

p.s. I’ll not be posting here any further either for reasons I’m not allowed to discuss. 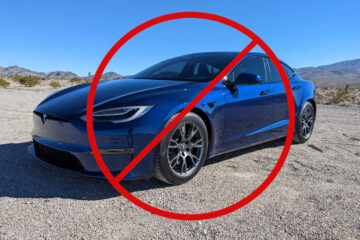