I (and I assume all other ‘Better than Nothing Beta’ participants) received an update email from Starlink today… Included below for your enjoyment! 🙂

If you are receiving this email, you are among the first people in the world to use our Starlink service! Thank you not only for being an early customer, but also for your support and feedback. Your experiences are making a meaningful impact on Starlink development.

The Starlink team has continued to introduce upgrades and improvements since we first rolled out our Better Than Nothing Beta service just two months ago.

Most notably, the Starlink team has begun repositioning of more than 500 satellites in an effort to improve coverage and decrease outages. These maneuvers may introduce short outages in the near term, but the final result is expected to substantially improve user experience in Q1 2021.

In addition to the repositioning effort, the team has also made the following upgrades:

Improved NAT Types
Upgraded the Starlink WiFi router to improve Network Address Translation (NAT) types for online gaming. Users will see notable improvements in the quality of peer-to-peer (P2P) gaming as we continue to grow the network in the coming months.

Improved User Latency
Improved latency for users who were on the boundary between different cell service regions. Overall latency will continue to improve as we deploy more satellites, install more gateways, and upgrade our software.

The new year will also bring an expansion of the Better Than Nothing Beta program; the Starlink team is planning a broader rollout as early as Q1 2021, with continuous upgrades along the way.

Thank you again for being an early supporter of Starlink. From everyone on the Starlink team, we wish you a happy holiday season and an amazing 2021!

How can I sign up for the Starlink beta?
If I wanted to invest in Starlink how would I do that? Is it solely owned by Tesla? or SpaceX? I can’t find a symbol for it, We are full timers in our 2016 op bus. currently we are in Apache Junction AZ we spend a considerable amount of time in MN in the warmer weather season.

Hi Daniel,
To sign-up, you’ll need to add your info at https://starlink.com, they’ll email you when the address you use is covered by their beta program. Starlink is a SpaceX project (or sub-company?) and is not currently publicly traded. The good news is Starlink expects to widen their beta and potentially cover everything above 30° N Latitude by the end of January — but I wouldn’t be shocked if this gets delayed a bit.

Wish it would show an update of coverage. Beed to hurry up and bring service to texas please

Hi everyone! We admit it… we’re terrible bloggers… But, here’s a catch up on the past few months… So, there you have it… about 2.5 months, all caught up! What? You want more catch up? Read more… 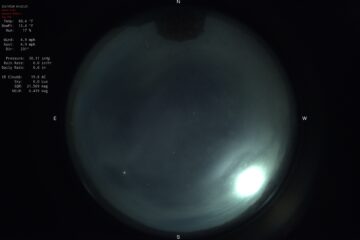 Partly cloudy and a dirty dome on my allsky camera limited the ‘awe’, but you can still certainly tell that our Moon is diminishing in brightness ( and going ‘dark’ ) in this time lapse. Read more… 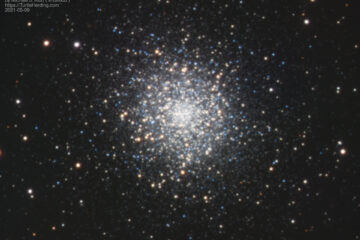 M 13 is a Globular Cluster about 145 light years across and 22,200 light years away. It is composed of several hundred thousand stars! Details: Comprised of 5 minute exposures for each filter: 6x Red, Read more…