This past winter, we had planned on staying a month at Rusty’s RV Ranch in Rodeo, NM, then head back into Arizona for a few months.  After three days in Rodeo, we canceled our Arizona plans and extended to 3 months, but that too would prove not to be enough.

Rodeo, NM is not a highly populated area nor a resort destination for most.  However, because of this, it is a VERY dark sky site.  Some of the darkest skies in the US.  It was so dark that during the night on a new moon, I could walk around and not trip over anything with nothing but the light cast off of the Milky Way and other star’s light.  We were… in awe. 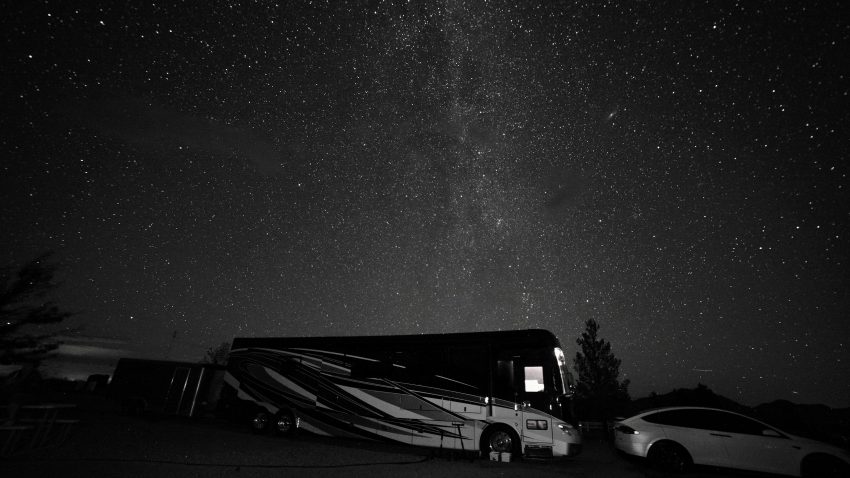 One of our reasons for visiting Rodeo was to scout the area and consider building a remotely operable observatory.  I’m a bit of an amateur astronomer, but because we’re generally in cities and have to concern ourselves with light pollution and personal property security that tends to outweigh the desire to break out all my gear (only to tear it back down a few hours later).

Rusty’s RV Ranch is a prize find for astronomy and birding buffs alike.  Rusty, the owner, is very serious about preserving the night sky.  Exterior RV lighting is prohibited, and you must use red lights when walking around after dark.  For vehicles, parking lights only should be used after dark when driving through the ranch.

Early in our stay, I mentioned the scouting efforts to Rusty, that we were looking for a suitable location for a remote observatory. Rusty let me know that she and Tim have plots of land which are available to lease for just this purpose! Further, I was introduced to someone with an observatory just down the road from Rusty’s and got to see a lot of his great solutions to issues which I’d been struggling to work through thus far ( like, how to secure the rolling roof once closed so that high winds would not blow the roof off ).  Within a week or two, I had signed a lease and ordered the building which would become my remote observatory!

Before continuing, I’d like to extend a massive ‘THANK YOU’ to a fellow astronomer that I met at Rusty’s.  Mark, whom you’ll see in just a few photos, was a huge help.  He introduced me to Don, who’s own astronomy shed was the inspiration for mine.  He provided loads of hands-on assistance, including digging holes, swingin’ hammers, holding things while I was sawing, hammering, drilling.   Mark put in countless hours and is the reason my first astronomy shed turned out so well.

There were also many others who extended a helping hand or tool along the way.  Dennis, Jason, Eric, Chris, Tim, Bob, Rusty, among others.  Thank you all for your part in making this dream a reality.

And, of course, to my darling wife.  She gave me the OK for this endeavor and tolerated my obsessive toiling, planning, talking about this project as well as me being out of the RV working on it for weeks on end.  Thank you, my sweet.  I love you.

Here’s a quick breakdown of the items tackled:

I know there will be questions about parts that I used.  To help with that, here’s a listing of various parts and components that I used in the build, mentioned above or find generally useful in Astronomy.

Note: Where available, I have used affiliate links below. This means if you purchase an item via the links below, we may receive a small commission at no additional expense to you.

I am amazed by this build and setup.
Very well thought out and executed, especially
the power system and remote control as well as weather control setup.
Thank you for a very detailed explanation of your build.
Now, if you would, cost?
Byron

Hello Byron,
Total cost minus scopes and mount is less than $15k. This doesn’t include my (and friends) time building it, nor my time developing the control software. But I consider both of those ‘fun’ and I can’t put a price tag on fun. 🙂

One thing I forgot to mention in the main post is that the entire shed is DC powered. I do have a DC-AC inverter present, but it’s only for my convenience running power tools or charging things while I’m personally at the shed. When I leave, the inverter is powered off. This was one of my driving goals to try and maximize efficiency in the power delivery system by removing the DC->AC->DC conversion losses. There are still some DC-DC converters for various supplies, but their efficiency is much higher than their wall-wart+inverting counterparts.
Michael